Warning: "continue" targeting switch is equivalent to "break". Did you mean to use "continue 2"? in /home/avia01/cargo.africa/www/wp-content/plugins/revslider/includes/operations.class.php on line 2858

Warning: "continue" targeting switch is equivalent to "break". Did you mean to use "continue 2"? in /home/avia01/cargo.africa/www/wp-content/plugins/revslider/includes/operations.class.php on line 2862

{:en}”Volga-Dnepr” has confirmed the cancellation of the carriage of military cargo of NATO 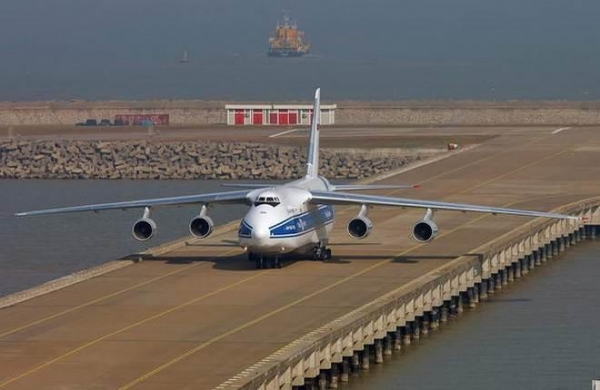 Group “Volga-Dnepr” has confirmed that will not participate in the tender for the carriage of goods for NATO. In the official statement indicated that the group intends to reduce its presence in the segment of military operations and to focus on the civilian sector. The current contract “Volga-Dnepr” with the Alliance is valid until the end of this year.

According to him, the airline “Volga-Dnepr” provides heavy transport aircraft An-124 for transport in the interests of NATO in the framework of NATO’s program SALIS (Strategic Airlift Interim Solution).

The Russian company emphasizes that it is ready to cooperate with all organizations for the transportation of humanitarian cargoes and elimination of consequences of emergency situations.

Читайте также:  {:en}VIDEO: IN Riga airport will build a new infrastructure for passengers and freight handling

It should be noted that refusal to participate in the segment of military traffic should not significantly affect the operating performance of the group “Volga-Dnepr”, as its main cargo provide regular service subsidiary airline AirBridgеCargo. By the end of 2017, she won first place in the industry, moved 565,5 thousand tons of cargoes, which is by 12.8% more than the year before.

At the same time, transportation of oversized cargo in recent years reduced. According to the “YearbookATO” industrial indicators of airline “Volga-Dnepr” from 2012 to 2016 has decreased from 65.9 thousand to 32.9 thousand tons/year, while AirBridgеCargo during this period showed an increase of more than 40% (with 352,7 501,5 thousand to thousand tons/year).